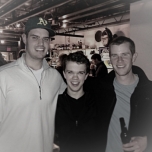 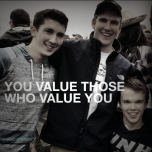 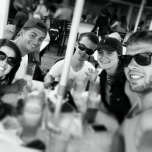 Starring is something everyone gets caught doing a handful of times in their young lives. If you stare I won’t glare, I’ll just give you something to stare at. The most unnecessary/awkward thing you could possibly do to embarrass me is to take my picture. If you really want a picture badly, ask. I’m not dumb, you are not texting or checking Facebook while your iPhone is being held straight up in the air pointing in my direction. It makes you look pretty bad too when your phone makes a snapping sound or when the flash goes off. I’m not Wee-Man I am much better looking then him.  I’m not famous, just check my savings account. I haven’t done anything exciting in my life for you to be taking candid pictures and posting them all over the Internet.

I didn’t really have many situations my freshman and sophomore at UNH with people taking pictures. For some reason I have run into a lot of problems with it my junior year. Maybe I just have gotten so much better looking over the summer or maybe snapping a picture of me at a bar will boost your Klout and get you on the ‘popular’ page on Instagram. Who knows?

Words they can hurt. I’ve spent 21 years unaffected by words. I’ve also spent 21 years being called some pretty harsh words. Words are powerful. They can hurt, move, inspire and motivate people. What you say you might not mean, but what you said could come out as meaningful to whoever is listening. I’ve learnt to deal with words a long time ago. Learning to deal with pictures being  taken is somewhat new to me, but I’m learning.

My most recent experience happened last Saturday night. I was walking downtown with a friend of mine when this kid came up to us and said, “Yo can I take a picture of you and your girl????” Obviously it’s a joke if he doesn’t even want to be in it. My friend knew exactly what this was about and started to flip. I tried to grab control of the situation and tried to compromise by saying you can take a picture of me, but leave her out of it. He took it and we were on our way.

My friend and I were talking about it at the bar, and I explained to her that it happens all the time. You just have to deal and continue moving forward. What they really want out of you is a reaction, and I’ll never cause a scene because I don’t want them to feel the satisfaction. Being the bigger, more mature man has always paid off in the end. It’s just a picture. The person who takes the picture goes home and shows his friends. The friends usually don’t find it as amusing as the person who took the picture and that person all of a sudden feels uncomfortable and is forced to reflect on his/her actions. In the end, the little man always wins.

So if you are reading this and you want a new default pic with me – just ask! If you do so respectfully, I’ll more than likely say yes and I most definitely will appreciate your politeness.

These situations act as reminders that I’m different. They also act as major opportunities to surprise people. An opportunity of being the bigger man arises by remaining calm and going along. By not getting that rise out of him by reacting and causing that scene he/she was wishing and hoping for. It creates an opportunity to promote awareness for myself as a person and my condition. It allows me to show people that I’m just as loving, caring and capable as you are. I have feelings too, they are just harder to reach because of the thick skin you have to get through first. If I act out of line, assumptions and stereotypes will be made. I represent myself, my family but also all little people. It is a rare occasion and can catch you off guard when you spot a little person. I understand completely because I have run into two this year at my school which I am not use to. I have caught myself staring, it’s understandable. I still act the same though, I don’t give special treatment nor want to receive special treatment. Walk a day in my shoes and you’ll see the foot-print is a lot bigger than the shoe. You’ll see a clear path, because not many people have gone through this journey. My shoes fit so I’m still wearing them. With a little more promotion and a little more awareness I think we’ll begin to see footsteps that blend together and you won’t be able to tell what size or style it is. That is the path I’m trying to create. That is the path I want you to follow.

One response to “Paparazzi.”

Let me know what you think! Cancel reply

Quote of the Month: